From the last post of the shabby table reno, Gadora commissioned a new set. Having served their family for years, the Early’s were eager to have the table and chairs refashioned to move into their new house. 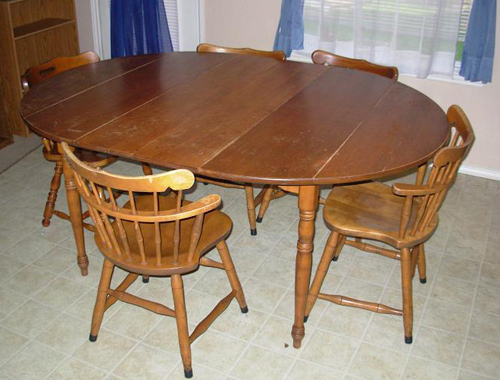 Table and Chairs – BEFORE

After meeting, we chose a blue undertone (Valspar’s Balmy) with a white top coat. The entire set was meticulously sanded. Have I said how much I love my Bosch sheet sander?

Gadora lightly sanded the S. Bent & Bros Colonial Chairs logo branded into the wood of each chair’s undercarriage, taking care not to paint over. Eventually, a white latex coat was applied after the initial blue paint dried, and after the third sanding. 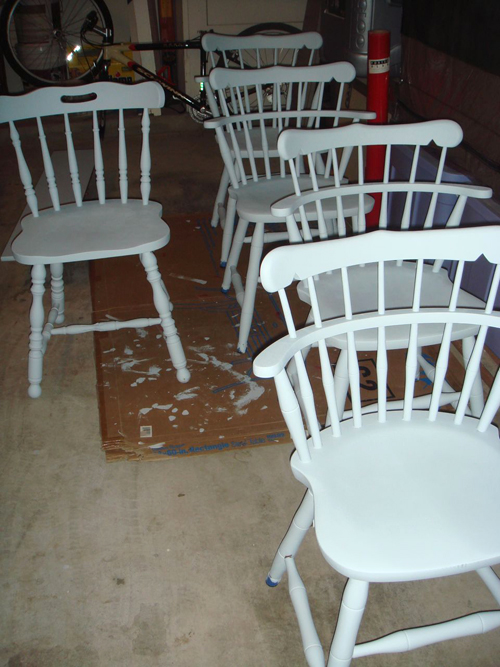 For the lone schoolhouse style chair, which in the new home would nestle underneath the kitchen desk, we decided to reverse the process. 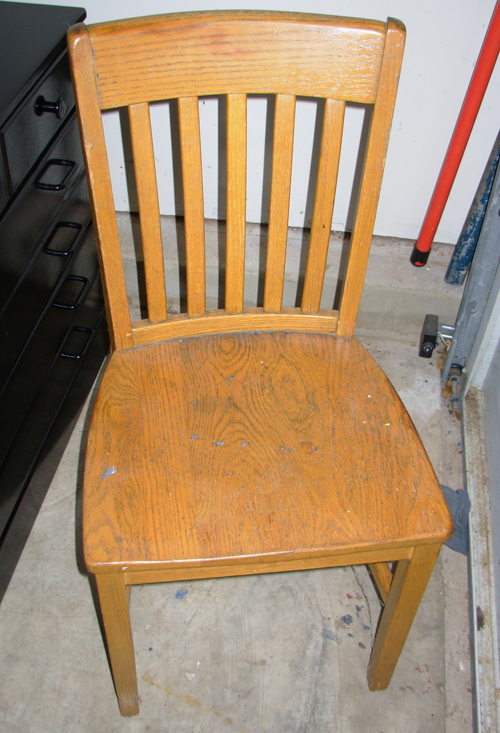 Bits were sanded to reveal the white undercoat. The nibbled spindles underneath (from the family’s two cantankerous Corgis) become an integral character component. 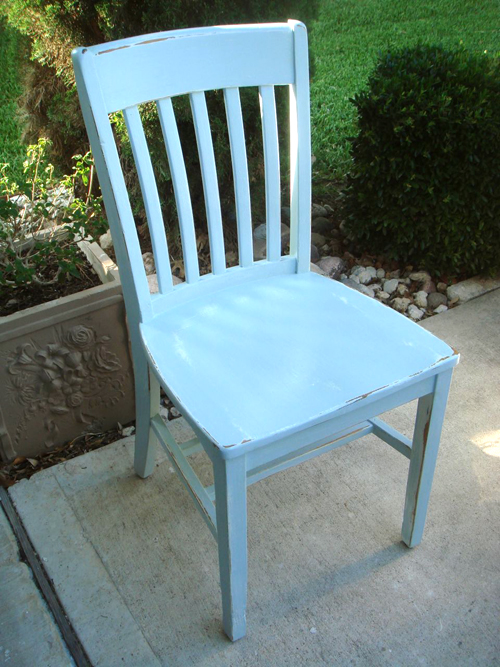 Once all layers were set, the fun part began… Gadora, in her fancy shop glasses, sanded until the garage was covered in a light dusty haze. The result, a nicely weathered table with hints of the wood underneath. The balmy blue is so subtle. 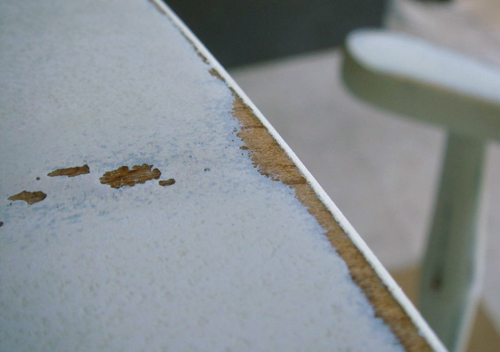 The chairs make a spectacular sight with their spindles. Gadora gave their seats a lil’ distressed nudge. The family, bellies full and bums heavy from dinners together, will do the rest. 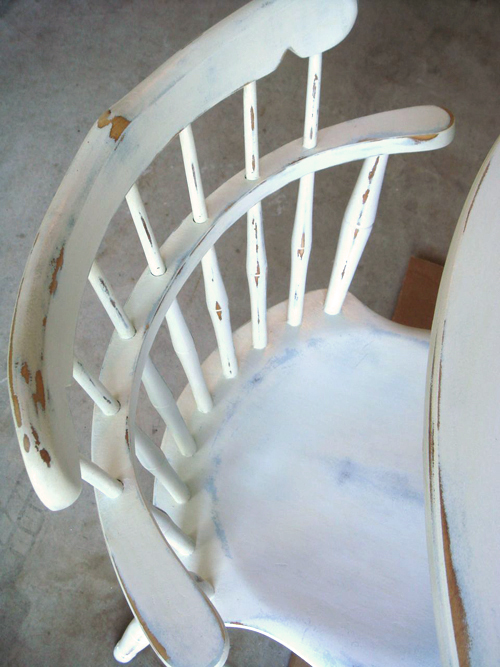 The final table and chair set, propped without the two leaves, makes a quaint bistro-style arrangement. The Early’s promise a pic of their new-old dining set, set up in their new space. 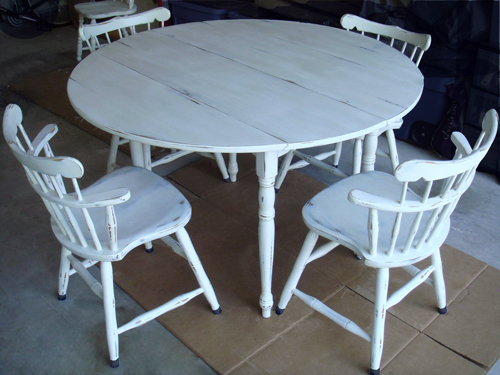 drop me a note: 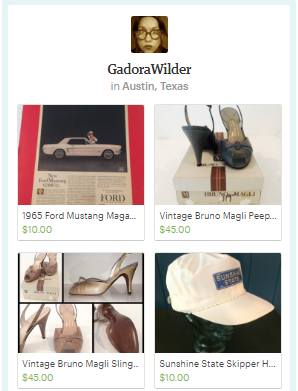 thanks for the eLOVE…

Gadora Wilder
was nominated for...